RSS
← The Party of D’oh!
Dem State Rep Jim Dunnam: Weasel Who Doesn’t Live in the District He “Represents” →

City officials in Cleveland, Ohio, expanded a plan to sort through residents’ trash and fine them $100 for not recycling, the Cleveland Plain Dealer reported Friday.

Cleveland has cracked down on trash offenders in the past few years and has steeply raised the number of tickets issued for garbage infractions.

I always thought that those people who feared RFID chips and barcodes as instruments that Big Brother type governments would use to spy on the citizenry were kinda kooky.

The move is part of a high-tech collection system the city will roll out next year with new trash and recycling carts embedded with radio frequency identification chips and bar codes. 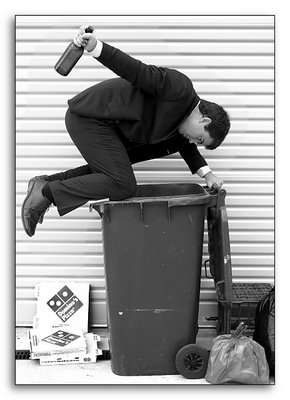 Another Green Job saved or created

Posted by P. Henry Saddleburr on August 26, 2010 in politics

← The Party of D’oh!
Dem State Rep Jim Dunnam: Weasel Who Doesn’t Live in the District He “Represents” →