I’m supposed to do something today but I just can’t remember what it is.

Hmmmm.  What was it? 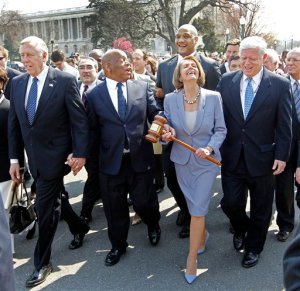 That’s right!  I have to take out the trash.

Here is the latest on the dispicable actions of the local media in Alaska from Republican Senatorial Candidate Joe Miller;

It appears that a KTVA reporter for the local CBS affiliate failed to completely end a phone call with Randy and recorded part of a conversation that allegedly seeks ways to KTVA reporters are heard discussing ways to “find” a “child molester” who is involved with the campaign.

“You have to find that one person,” says the male reporter, to laughter in the news room. The reporters at KTVA then discuss creating a “Rand Paul” incident at the then upcoming Miller Rally (held on October 28, 2010) and hoping for violence so that they can “send out a tweet” and “Facebook” that “Miller got punched” at the rally.

When confronted, KTVA acknowledged that the message was inadvertently left by a member of the TV station staff, but denied that the station was brainstorming ways to create negative news stories about my team. The general manager claims that the news station staff was reviewing potential, “what-if” scenarios, discussing the likelihood of events at the rally and how KTVA might logistically disseminate any breaking news.”