If you are not registered to vote, get registered. I don’t care if you like Romney or not; I don’t care if he wasn’t your first choice; he must win. Why you ask? Because he is NOT Obama.  We need every single person to vote because even Obama voters who hate ObamaDoesn’tCare and are disappointed in Obama overall have said they will STILL vote for him in 2012.  That stymied me until I realized that these people have lived most of their lives being indoctrinated by the Progressives and/or living off the government teet. They’d rather throw their fellow Americans into the compost pile of history than to do the right thing and admit that they are personally responsible for the total upheaval of this country.

They must not be allowed to steal our country from us. My flag will hang upside down until Obama is defeated. Make no mistake; we are in distress.

If you haven’t read Ameritopia by Mark Levin, get it, read it, understand it.  It’s important.

Bill Whittle Throws Down the Gauntlet

This is his finest Afterburner yet and that’s saying something.

In ‘Merchants of Despair’ he catalogs all of the major misdeeds and malevolence of the Obama administration and at the end he speaks to you conservatives that sit on the couch on election day.

How do we find these bellyaching nonpartisipants, register them to vote and get them to the polls this November? That is the challenge and the only solution to our national despair.

And of course, as I always do when I post a new Whittle video, I urge you to go to PJTV and become a subscriber.

Now, even the left is calling on Kagan to recuse herself from hearing Health care case.

Now that the Supreme Court has officially decided to hear the challenge to the constitutionality of the PPACA (Obamacare), the calls for Justice Elena Kagan to recuse herself from the case are flooding in. The issue is whether or not the Justice and former Obama administration Solicitor General through her previous duties, involvement, and expressed opinions, would be able to maintain the appearance of impartiality as required by federal statute. Predictably, these calls have come from pundits and politicians on the right. As noted in a previous post on DTN, Obama Attorney General Eric Holder does not see any reason for Kagan to recuse herself. I was unable to find any direct commentary on this from the president but his spokesman Jay Carney stated that this issue was examined and settled during the nomination process and any further calls to revisit the issue “sure sounds like a political thing”. Of course, Carney’s explanation makes no sense whatsoever, the senate confirmation process is an effort to determine whether or not that body should consent to the appointment of that individual to the court, not to excuse them from recusing themselves from any future case that court may hear. Also, as Fred Lucas of CNS news noted, we now have new evidence in the form of DOJ internal emails that strengthen the case for recusal.

Now a prominent and self-professed liberal and loyal Democrat constitutional professor of law is making the same argument. Eric Segall of Georgia State University College of Law recently made a non-political, fact based case for recusal. First, Segall explains the law as it pertains to judicial recusal;

A federal statute requires that any “justice, judge, or magistrate judge of the United States shall disqualify himself in any proceeding in which his impartiality might reasonably be questioned.” Federal law also requires that a judge recuse herself if the judge previously served in governmental employment “and in that capacity participated as a … counsel, adviser, or material witness concerning the proceeding or has expressed an opinion concerning the merits of the particular case in controversy.”

He then goes on to make a brilliant matter of fact case for recusal.

1)  She served as the solicitor general of the United States during the time that the ACA was furiously debated in Congress, discussed in town halls across the country, and enacted;

2) The ACA is the most important, controversial, and partisan piece of legislation put forward by the Obama administration while Kagan worked as the president’s top lawyer to the Supreme Court. If he didn’t consult with her about it, he should have;

3) She was nominated to the Supreme Court by President Obama shortly after the ACA was passed, and the president is closely and personally identified with the law;

4) She has to review the law just a few months before President Obama runs for re-election;

5) His re-election might well be affected by how the Supreme Court rules; and

6) We know she celebrated the passage of the law.

We know about her celebrating the passage from a recently released email from Kagan to Laurence Tribe, a liberal Harvard constitutional law professor who was also working for the administration at the time the law passed, in which she said, “I hear they have the votes, Larry!! Simply amazing.” The email’s subject line was “fingers and toes crossed today!”

Now CNS is reporting that yet another email is indicating that Kagan was brought into the loop on Mark Levin’s Obamacare complaint. As evidence piles up and calls for recusal from both sides increase, it will be interesting to see if, as Eric Segall asks, Kagan views herself as a judge of law who is obligated to approach legal issues objectively and open-mindedly without regard to partisan political outcomes or if she is merely a left-wing ideologue with no regard for the integrity of the court. 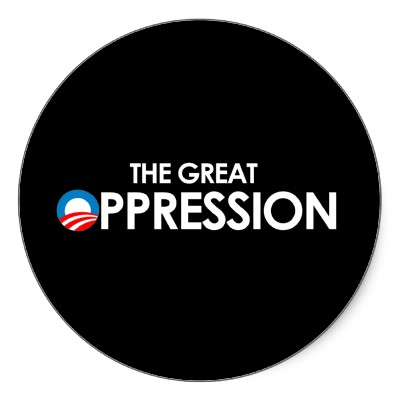 At no time in the five decades of my life have I ever witnessed the current level of oppression exhibited by our federal government on the states and the people. It started with the health care reform bill which in addition to the individual mandate also mandates that states increase the number of people eligible for Medicaid at a cost to state taxpayers of $118 billion through 2023 and creates the Independent Payment Advisory Board, a group of 15 unelected bureaucrats that answer only to the secretary of HHS and wield more legislative power than congress. Then they sued Arizona and Indiana over state legislation enacted to enforce the immigration laws the federal government has failed to enforce. The latest news on this front has been the full frontal attack by the NLRB, first with their lawsuit to prevent Boeing, a private company, from expanding with a new manufacturing facility in South Carolina, a right to work state, and then their latest edict reducing the time period prior to union elections which would stack the deck in favor of the unions.

There was another example which was much less publicized in Virginia. The U.S. Department of Justice filed anti-trust lawsuit challenging George’s Inc.’s purchase of a Tyson Foods poultry plant in Harrisonburg. Tyson, who has struggled to keep the plant afloat, had decided to shutter the plant if the sale was prevented.The lawsuit claimed that the sale would reduce the ability of chicken growers in the Shenandoah Valley to receive competitive prices for their services. It is hard to understand how a shuttered plant – with five hundred pink slips and 121 grower contracts  converted to worthless paper – is “competitive.”

After mounting pressure and protest from the Virginia legislative delegation led by Virginia State Senator Mark D. Obenshain and the administration’s declining job approval ratings, the justice department has announced a proposed settlement allowing the sale. In other words the federal government is standing down.

Senator Obenshain put it this way;

“On Thursday, the U.S. Department of Justice beat a partial, face-saving retreat, but not before serving up a compelling example of what can happen when the federal government concludes that there are no constraints on its action, and that its mandate is to tinker, intervene, and meddle in nearly all aspects of the US economy.”

The deal, as announced, includes some concessions from George’s – though mostly
improvements they planned to make regardless and basically allowed the justice department to save face while backing out of an ill-advised, job killing lawsuit.

While this is a victory for the people I wholeheartedly agree with Senator Obenshain’s summary of the situation;

The idea of the federal government telling a business how to operate leaves a
bad taste in my mouth, but sometimes, when the full weight of the federal
government is bearing down on a company, they have to accept the best deal that
they can get. George’s has decided that this is it – and I know that any deal
that helps maintain 500 jobs is a good one for the Valley.