The passing of Neil Armstrong and an America that could put a man on the moon. 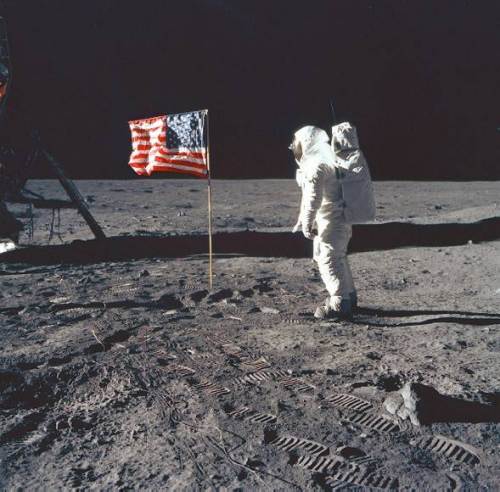 Yesterdays passing of Neil Armstrong is symbolic of the passing of an era, an era in which the the USA was exceptional and extraordinary in it’s ability to accomplish things that no other nation could. In 1961, when John F. Kennedy charted the course for America to put a man on the moon by the end of the decade, this country was a different place. It was an America in which the role of the Federal Government could and did tackle lofty, enormous projects like building a National highway system or large dams and canals. It was a much simpler time when Americans relied on themselves and their family or local community. The social safety net was provided by churches along with charitable organizations like Kiwanis, Masons, Shriners, Knights of Columbus, and numerous others to help meet the challenges that life sometimes brings and the state and local, not federal government was called on to help educate our children, provide local law enforcement and fire protection.

Absent from this America were Food Stamps and Pell Grants, there was no Head Start program and Medicare and Medicaid had yet to be enacted. Americans in the various states could take care of their everyday needs and the Federal Government in Washington was relied upon for that which required a national effort. They by and large stuck to those tasks that they were empowered to as prescribed in Article 1 Section 8 of our constitution.

Today, due to our nanny state priorities, our federal government is now incapable of funding and achieving the equivalent of the moon landing.

This decision has led to an America that is so bogged down in supporting the welfare state that it can no longer set and achieve those mega goals that have defined our country. We have come to a point where NASA’s highest priority is not exploring our solar system or some other  galactic achievement but, “to find a way to reach out to the Muslim world and engage much more with dominantly Muslim nations to help them feel good about their historic contribution to science … and math and engineering.”

It has been well documented that even absent some lofty project equal to that of our manned space program, our federal government’s current rate of spending is unsustainable. If we, as a nation, choose to stay on this course we will forever be incapable of great achievements, there are not enough resources to both accomplish lofty goals and projects while providing cradle to grave security for all. The Soviet Union tried to do both and did neither well and eventually collapsed.

As we mark the passing of Neil Armstrong, one of the most accomplished men in history who served the most accomplished nation ever let us remember that our current president once promised to fundamentally transform our country, let me be the first to acknowledge that he has accomplished his mission and if it is not already irreversible, given another four years of Obama as president, it will be.

Posted by Martin M. McMartin on August 26, 2012 in Entitlements, politics