RSS
← Henry and Martin’s Excellent Adventure
The Canadians get it →

Craziness in the Nation’s Capitol

It was an historic, crazy and entertaining day at the Supreme Court.  I was clicking pics on my iPhone and emailing them to Bryan Preston over at PJ Media throughout the Americans for Prosperity rally and those can be seen here.

I’m going to tease you a bit with more pics from the AFP rally, but I’ve got lots of video to sort through from being amongst the Obamaggots at the Supreme Court itself, which was a few blocks away from the AFP rally.

It will take some time to mash up all the video I took and I hope to provide something tonight, or at least get it mostly done tonight and it’ll show up tomorrow.  (I’m one guy here.  Gimme a break.)

Let’s just say that early today, when we were at the Supreme Court most of the participants appeared to be college age kids looking for a party and when pressed they weren’t very informed.  But they certainly dance and chant as instructed by their ‘minders’.  Lots of energy, too.

But there numbers were smallish, even though they were provided signage and breakfast by NOW, SEIU, Planned Parenthood and others.  McMartin may have a great scoop about payments being made to participants, but he had to go to his daughter’s birthday party tonight, so stay tuned for that.

We outnumbered the ObamACORNs decisively today.  At least 5 to 1.

Enjoy these pics whilst I have some dinner and then get to work.

Let’s just say there’s a very, very special UTERUS waiting for you people once I get done.

And Breitbart was there…. 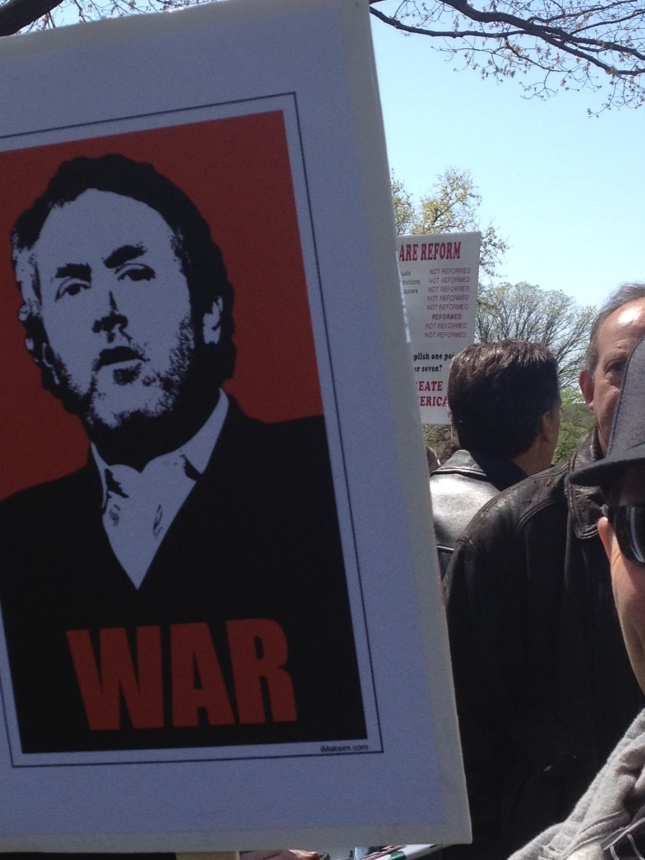 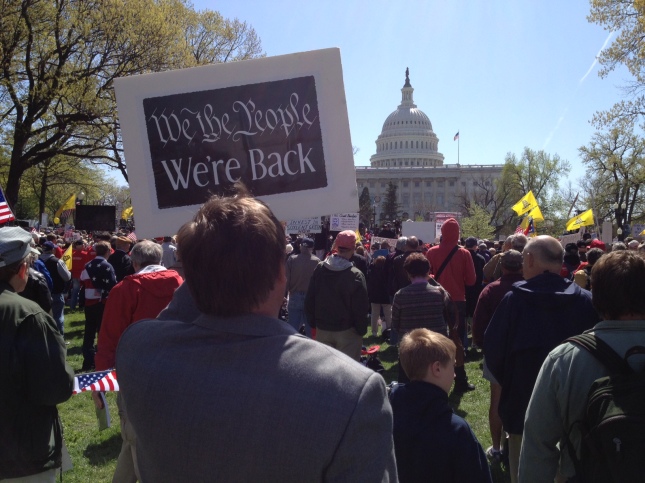 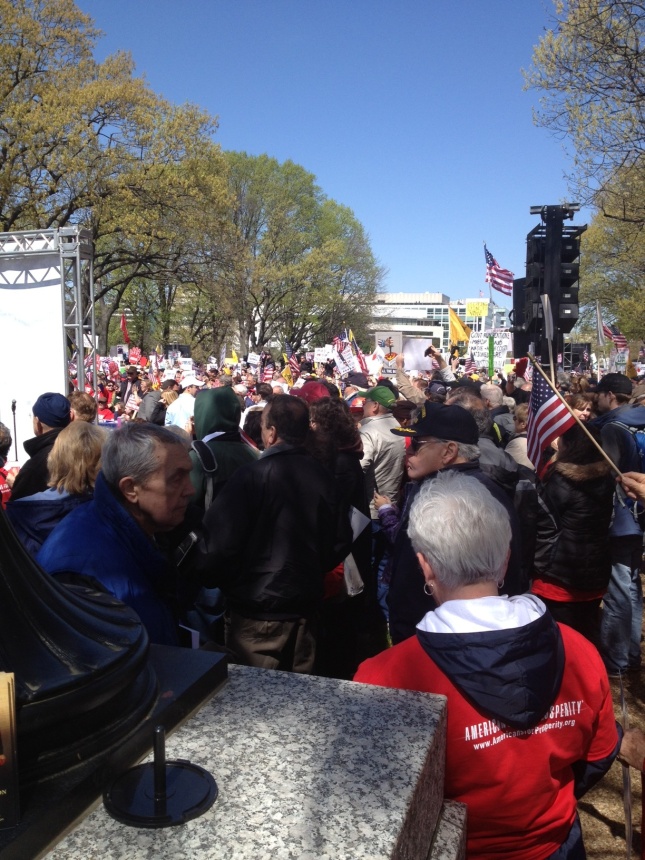 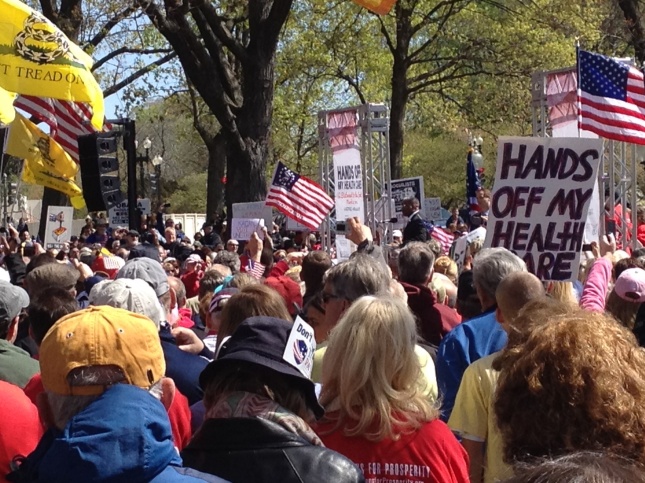 ← Henry and Martin’s Excellent Adventure
The Canadians get it →