RSS
← Nothing to see here
Public Service to Alaskans → 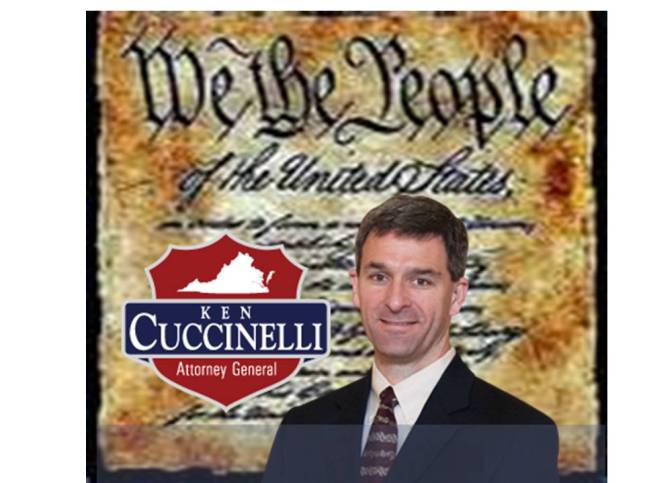 The American Spectator ran an excellent piece on Virginia’s Attorney General Ken Cuccinelli. They have captured the inspiring efforts of Cuccinelli to defend our constitution not just for Virginia but for all of America. The freedom of the American people and the creation of our country was due to the efforts Virginians like Madison, Jefferson, Patrick Henry, George Mason and others. The American people are fortunate that at this point in time another Virginian, Ken Cuccinelli, stands between the overreaching oppression of the federal government and them.

Last Sunday, days before 20 other states went to federal court to oppose the new health reform law Virginia Attorney General Ken Cuccinelli — who had already trounced the feds in the first round of his state’s anti-ObamaCare litigation — delivered a national address of sorts in front of the U.S. Capitol.

Cuccinelli closed the speech strongly with the following;

“Your state’s attorney general is your last line of defense in protecting the Constitution against the federal government,” Cuccinelli said. “And it may be the last line of defense. But I’ve got news for you. It’s not a quite one. We’re not asleep on the watch, and we’re going to fight until we’ve got our Constitution back and we’ve knocked the federal government back inside the boundaries of that sacred document.”

Posted by Martin M. McMartin on September 18, 2010 in politics

← Nothing to see here
Public Service to Alaskans →