Today The Hill reported that Harry Reid has adopted a new pet in the self-proclaimed “bearded Marxist” and Delaware Democrat Senatorial nominee Chris Coons. Not once, but two times Reid referred to Coons has his pet.

“I’m going to be very honest with you — Chris Coons, everybody knows him in the Democratic caucus. He’s my pet. He’s my favorite candidate,” Reid said.

“Let me tell you about him: A graduate of Yale Divinity School. Yale Law School. A two-time national debate champion. He represents two-thirds of the state now, in an elected capacity. I don’t know if you’ve ever seen him or heard him speak, but he is a dynamic speaker. I don’t mean loud or long; he’s a communicator. So that’s how I feel about Delaware. I’ve always thought Chris Coons is going to win. I told him that and I tried to get him to run. I’m glad he’s running. I just think the world of him. He’s my pet. 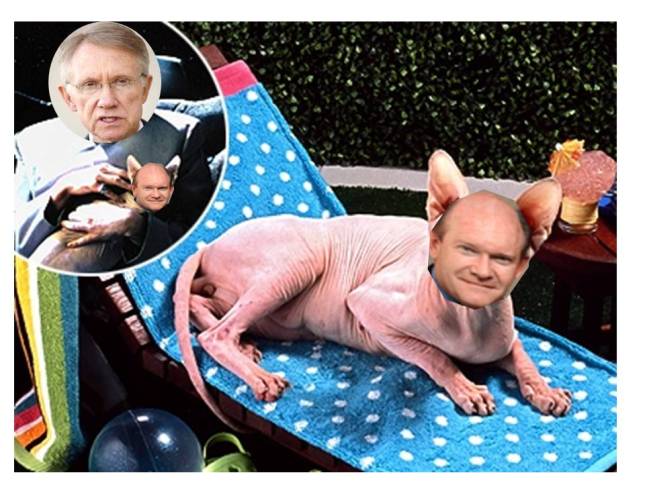